Celeste León is an award winning author. Her debut novel, Luck is Just the Beginning, was awarded a Mariposa Award for Best First Book in the 2016 International Latino Book Awards and Finalist in the Multicultural Fiction Category in the 2016 International Book Awards. The book was also selected for the Book of the Month for Las Comadres and Friends National Latino Book Club in August, 2016.

Celeste was honored to be named one of the “Top Ten New Latino Authors of 2017” by LatinoStories.com.  Click here to see the list and congratulations to her fellow authors!

Celeste’s short stories, Sharing Luck and A Lucky Man, were published in Chicken Soup for the Soul: Celebrating People Who Make a difference, and www.beliefnet.com and for The Preservation Foundation . Both stories are adaptations that ultimately grew into her novel.

Celeste was also named “One of Ten Latina Writers to Watch and Read” by the Latina Book Club of New York and shortly thereafter they published this interview in honor of Women’s History Month (March): Beyond a Stroke of Luck: An Interview with Celeste León by Teresa Dovalpage.

Celeste is a 2013 alumna of the Squaw Valley Community of Writers. She is the recipient of First Prize in the annual contest for the High Sierra Writers group in Reno, Nevada for her essay, Finding Home, about her travels to Puerto Rico in search of her family roots. When Supreme Court Justice Sonia Sotomayor read the piece, she said, “If your work on your short story reflects your work on your book, it will be successful.” The piece was also a finalist in the 2014 annual contest for The Preservation Foundation.

Celeste is a physical therapist and lives in Truckee, CA with her family. She has been an avid book club member since 2003, and is willing to travel to book clubs throughout the Tahoe Basin, Reno, the Sierra Foothills, Sacramento and to some communities in the Bay Area (Northern California). For everywhere else, she is available through SKYPE.  To arrange for a book club discussion, contact Celeste at  cjl@usamedia.tv, www.celestejleon.blogspot.com or www.facebook.com/AuthorCelesteLeon.

Thank you for visiting! 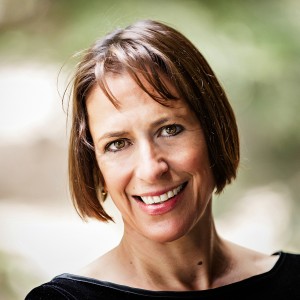